skip to main | skip to sidebar

Yes, I went to see this movie tonight. Yes, it was kind of a tweenie movie. BUT! I will say, Jaysen and I did get some laughs out of dear old Uncle Ned. More importantly, it was a warm and fuzzy movie. I am seeing so many kids in high school, or just getting out of high school that are having such a hard time. It breaks my heart for them. This movie was different from some of the other tweenie kind because it pushed for what was good and right.
Mike O'Donnell is the main character. He is the father of two teenagers, but ends up getting turned back into a teenager. The only person that knows about the transformation is Uncle Ned. The quote is from teenager father who is talking to his teenage daughter because her boyfriend dumped her. Apparently the scum told her that if she wouldn't show him how much she loved him then he would break up with her. So, she was heartbroken even though she was so great for standing up for herself. Then teenage daddy comes along to make her feel better
Mike O' Donnell: When you're young everything feels like the end of the world. But it's not it's just the beginning, you might have to meet a few more jerks. but one day you're gonna meet a boy who treats you the way you deserve to be treated. Like the sun rises and sets with you.
Teenage dad helped give his son the courage to try out for the basketball team. Helped him to stand up to the school bully.
Anyway....blah blah blah I know....but I thought it was a cute show. Was it wicked awesome and everyone should run out and watch it? Maybe....maybe not. I will tell you that Zac Efron has a killer 6 pack. WOW.....Not that I was looking or anything. {Love you Jaysen!}

I totally want to see this movie! I think it looks really cute. And Zac Efron is a hottie. ;)

I want to see this movie. Would it be okay for Rachel to see it?

Ashlee
I am a full-time student, part-time bookkeeper. More importantly, I am a full-time mommy to two. This blog is my way of avoiding the things I really should be doing. So, enjoy my randomness! Also, please do not feel bad that my children are cuter than yours. They can't help it. 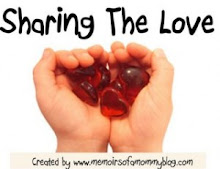